The Truth About Poker Machines Software 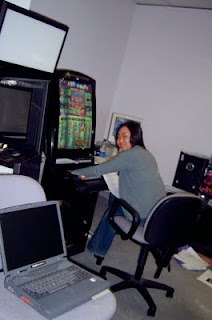 I have to be very careful about this one to avoid myself from getting into trouble. So I will just put all the general stuff here.

If you always wonder if there is a way to “cheat” the poker machines in order to win, you will be very disappointed because the answer is NO.

The software is governed by the game’s rules and is purely based on random numbers.

Basically, you can look at a poker machine software in the following aspects:

(1) Base software – Software that governs the the hardware, for example insertion of $10 notes will increase the credits

As the game is governed by the game rules run by random numbers, the way to attack this piece of code is to replace the random number with your own test parameter and verify the expected output. This will include hacking the code, and reinstall your modified software into the hardware.

Gaming software is fully regulated by the government. BMM acts as an independent party between the gaming manufacturers and government to protect players.

Therefore, do not worry if you will be cheated by the machine, because what it says in the game rules is true.

I would say 70% of your time will be spent in front of the poker machine. The rest of the time will be doing source code evaluation and mathematical evaluation via computer.

As a summary, the job is really very different and interesting, because you feel that having fun all the time!